As I may have mentioned here, I’ve been running a very small, very sparsely attended movie night the last few weeks — every Saturday night at 8pm Eastern, we’ve been clicking play together and watching a number of (typically older) films. Black Sunday/The Mask of Satan, The Tomb of Ligeia, A Field in England, Band of Outsiders, and others. Originally horror and now starting to branch out into other genres.

Last night, we started off by watching La Jetée, Chris Marker’s wonderful, evocative science fiction short from 1963. Here it is in its entirety below, if you haven’t seen it, and it’s well worth the 28 minutes of your time to watch:

(Apologies for the subtitle track — the version someone uploaded to YouTube seems to be off sync for some reason, but it’s still largely intelligible).

I don’t think I’d seen this in its entirety since (gasp) … thirteen summers ago? It feels like just a few years ago, but I guess that’s how aging works. Yeah, it’s been a long time since I lived in Madison. I saw it on the roof of the Contemporary Arts Center, projected on a wall during one of their wonderful summer film festivals. Here’s a blurry photo from that evening. 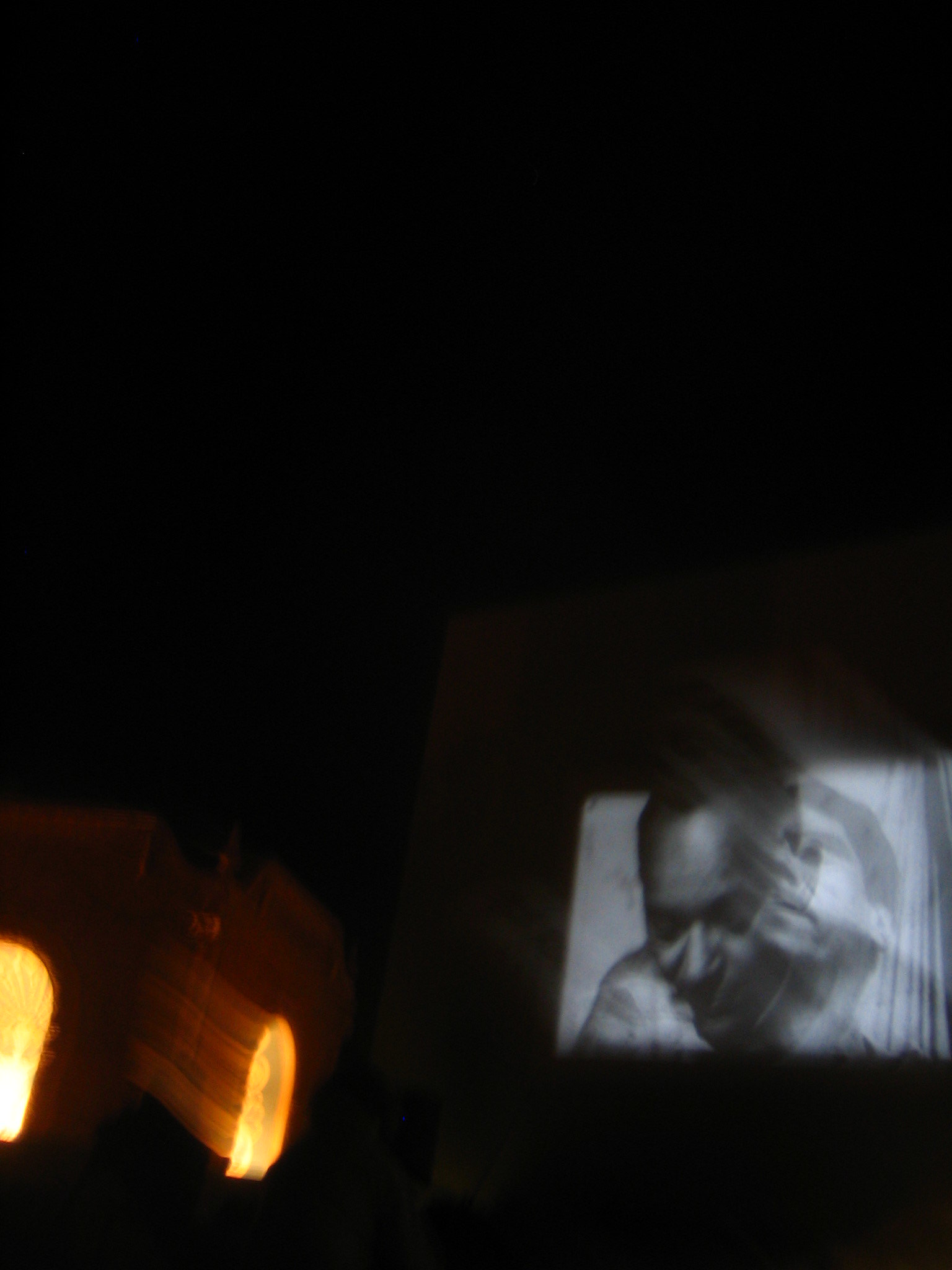 On last night’s rewatch, I was really struck with the similarities to Vertigo, a film that seems to be universally-loved but I have never fully warmed to. (A quick aside — I’m not an idiot, and understand that Vertigo is in many ways Hitchcock’s crowning achievement, but I’ve always preferred Rear Window for reasons that might deserve their own post down the road. Simply, though, Rear Window is (1) more fun as simple entertainment; (2) a movie with an insane, captivating set that I never tire of looking at; (3) more interesting to me to watch as a critique of film viewing instead of film directing, which I have little interest in.)

Anyway, the visual and thematic allusions to Vertigo were all over La Jetée for me on this most recent watch, and it led me down a few Google rabbit holes last night and this morning. Most interestingly, I learned that Vertigo was reportedly Marker’s favorite film — that was news to me, notable only because it shows you how little I knew about Marker! Here’s a lengthy 1994 essay by Marker on Vertigo. La Jetée and Vertigo are both films about memory, and Marker’s exquisitely detailed thoughts on the latter are both a testament to Hitchock’s film, but also show the major impact Vertigo had on Marker.

I also found this wonderful little visual comparison of shots from the two films, which is nicely edited and scored.

While some of these connections were obvious — the tree rings scene jumped out at me on viewing La Jetée last night — there are so many more small connections here than I first realized. It’s worth a look, after you’ve seen both films.

And, if you haven’t seen Vertigo, what are you waiting for? Again, it’s not my favorite Hitchcock film, but Vertigo always worth watching, studying, and thinking more about. Oh, and if you are interested in joining us for more films on Saturday evenings, let me know and I can send you an invite to our private Discord. Tentative plan for next week is something by Henri-Georges Clouzot: Diabolique, Wages of Fear, or maybe even Quai des Orfèvres. Let me know in the comments or privately if you’d like to watch with us.

(Now to rewatch Vertigo as I work on my course syllabi.)